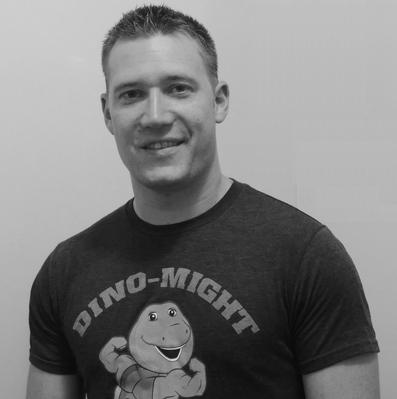 Jason Sterr is an American television writer, comic book author, and novelist.  His introductory novel, The Grand McNally, an ensemble crime thriller set in Chicago's notorious south side debuted exclusively on Amazon in 2013.  Often compared to works like Darkly Dreaming Dexter and The Layer Cake, The Grand McNally has received positive reviews for its wit, sarcasm, and characterizations.

In 2014, Jason became the lead writer for Dare2Draw: The Series, an official selection of the 2014 New York Television Festival.  Originally airing on Manhattan Neighborhood Network, the show currently films at the YouTube Studios in the Chelsea Market.

​In 2016, Jason was featured in a new Nexus omnibus, featuring Mike Barron and Steve Rude's iconic character of the same name.  Published jointly by Rude Dude Productions and Dare2Draw Studios, the collection features stories from Ron Marz, Simon Fraser, Amy Chu, and Alex De Campi, among others.  Set 500 years in the future, Horatio Hellpop is condemned to be a reluctant executioner of mass murderers.  A man whose charged with maintaining the balance of hope, fear, and justice - he is Nexus.

In addition to Nexus, Jason is the creator of The Consultant, published by Action Lab Entertainment. The Consultant focuses on a man who makes his living covering up the sins of the world's costumed "heroes".  Volumes 1 & 2 are available on ComiXology, Amazon, or at your local comic shop.  As if he needed more taskers on his plate, Jason is currently finishing his next graphic novel, My Way.  Detailing the clandestine exploits of the world's most iconic star, My Way tells the secret story of the agency's most feared assassin - Frank Sinatra.

After graduating from Columbia College in 2005, Jason joined the United States Air Force.  He currently serves as an Air Force ROTC Instructor at the University of Illinois.  In between classes, novels, comics, and episodes of Dare2Draw, Jason spends his free time doting on his wife and two kids.